33
EtoClaims@pintas.com
800-914-7333
Thank You For Submitting Your Information
1
Sterigenics Claims

You May Have A Case!
Based on the information you provided to us, it appears that our experienced lawyers may be able to help you! Click the button below to sign a contract with us:
Sign Up Now

Please fill out the form below for a free and confidential case review.

Anyone diagnosed with cancer within the last 2 years who lived in Willowbrook, IL ﻿may be entitled to compensation

Important Update: The Environmental Protection Agency’s (EPA’s) Office of Inspector General reports that a former EPA official withheld warnings to the Illinois community of Willowbrook about toxic gas being emitted from local plants.

Sterigenics (est. 1984) is a sterilization plant in Willowbrook, Illinois that has exposed residents and workers to harmful levels of EtO, a human carcinogen, for over 30 years.

The plant now faces a growing number of lawsuits from victims who seek financial compensation for the illnesses and wrongful deaths that they believe resulted from exposure to EtO. 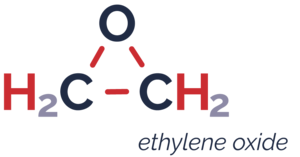 What is Ethylene Oxide (EtO)?

EtO is used to make various industrial chemicals, such as ethylene glycol. It is also used as a fumigant in agricultural products and a sterilant for medical equipment.

The use of EtO poses severe health hazards. Chronic exposure can lead to serious health issues, such as:

Because of the dangers posed by using this compound, the U.S. EPA classified it as a human carcinogen in December 2016.

In 2018, EPA officials in Illinois became concerned about the increasing levels of EtO at the Sterigenics plant in Willowbrook. They called for immediate release of air monitoring results to the public. But as the EPA’s Office of Inspector General recently reported, a former EPA official withheld these warnings to the Willowbrook community.

Make sure companies who emit toxic pollutants are held accountable for their actions. If you or a loved one has developed cancer, faced a miscarriage, or experienced an increase in birth defects due to exposure to EtO you may have the right to seek compensation.

While Sterigenics has shut down its Willowbrook facility, the problems associated with EtO exposure will continue to haunt families for generations. Join the fight to seek the rightful compensation and justice you deserve. There’s still time to get your claim added to the pending lawsuit.

© Copyright P&M Law Firm PR, LLC. All Rights Reserved. Pintas & Mullins represents clients in every state. THIS IS AN ADVERTISEMENT. Hiring an attorney is a serious matter and should not be based solely upon advertising. An attorney-client relationship is not created when you call or submit a web form. Past performance is no guarantee of future results. Prior results do not guarantee a similar outcome. Results will depend on the facts and all factors involved in a particular case. In the absence of recovery, client is NOT liable for attorney fees. Pintas & Mullins Law Firm PR, LLC is a law firm located at 250 Ave. Luis Muñoz Rivera, Suite 300, San Juan, PR 00918. William Pintas and Laura Mullins are licensed in Illinois and will maintain professional responsibility on accepted cases even when they may partner with firms in other states where licensing may be required. Not available in all states.